Shadow in the Dark takes faith on a suspenseful medieval adventure

CHICAGO, July 27, 2020 /PRNewswire/ -- After bandits attack his village, Alexander, a 12th century peasant boy, has lost his parents, his home, and his memory. When he's taken in by monks, Alexander tries to uncover his past while adjusting to life at the abbey and making new friends. His search takes a turn when a mysterious dark shadow appears on the grounds. 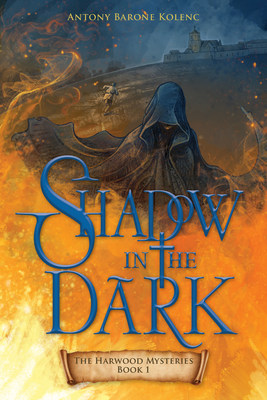 Convinced the shadow may have clues about the attack on his village, Alexander embarks on an adventure that reveals more secrets than he could imagine. With Brother Andrew by his side, Alexander's journey also teaches him about faith, justice, and forgiveness.

Shadow in the Dark is the first book in The Harwood Mysteries series, a historical fiction tale set in 12th century England, following the medieval mysteries protagonist Alexander and his discoveries about faith and growing up.

Hooked by the suspenseful storytelling, middle school readers will learn about the Catholic faith during the time period as well as relate to the challenges Alexander faces when it comes to bullies, being yourself, and learning to forgive.

About Antony Barone Kolenc
Antony Barone Kolenc retired as a Lieutenant Colonel from the U.S. Air Force Judge Advocate General's Corps after 21 years of military service. He is a law professor who teaches courses on constitutional and military law and has been published in numerous journals and magazines, and he speaks at legal, writing, and home education events.

About Loyola Press
An apostolate of the USA Midwest Province of the Society of Jesus, Loyola Press embraces the Jesuit passion for helping people find God in all things. We continue the Jesuit tradition of excellence and service by providing inspiring faith-filled content for children and adults and by being people for others.